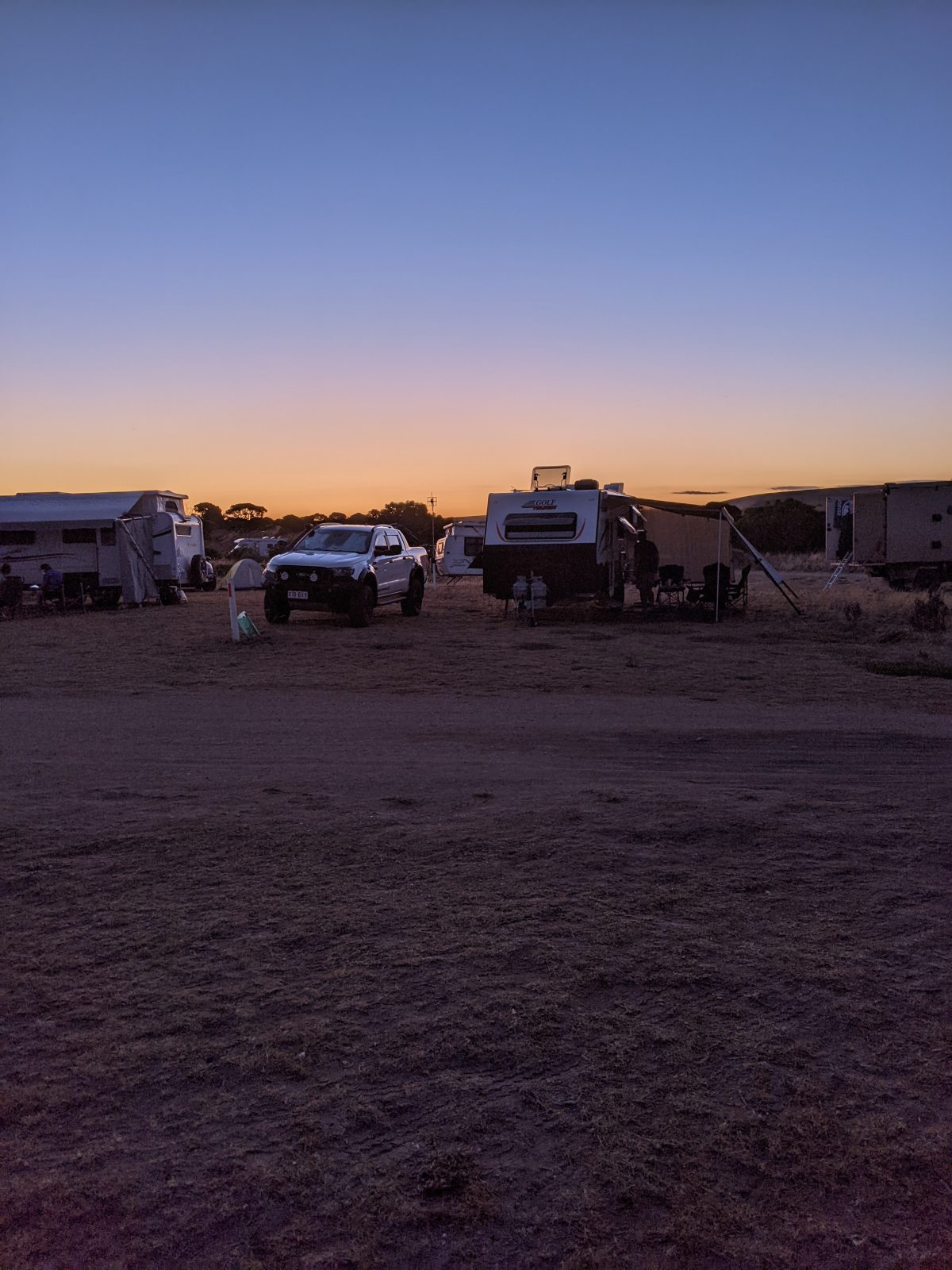 After a clean up over night we were up early this morning to start our Beach Adventure in the Yorke Peninsular. We travelled down the R M Williams Highway through outback country SA till we hit the sea at Port Wakefield.

We had decided to pay for a week Bush camping through the Yorke Peninsular Council and it only cost $50 and gives you access to 13 campsites.

As it was late Parara Bush Camp just outside of Ardrossan on the Eastern side of the Yorke became our campsite. When we arrived it was shocking to see the amount of campers in the grounds. But since it was late camp was squeezed in between other campers that were already set up.

Whil, the boys made a beeline for the water, anyone would think they had just spend a few days in the outback 🤣.

They came back when their tummies rumbled and dinner was underway.

Off to bed as we have a big day ahead, we need to decide where we are going to camp, are we jumping camp sites or parking up and travelling with the car oh the decisions, it is also new years eve so we don’t want to be in the middle of party central…