TIMBOON AND THE GREAT OCEAN ROAD 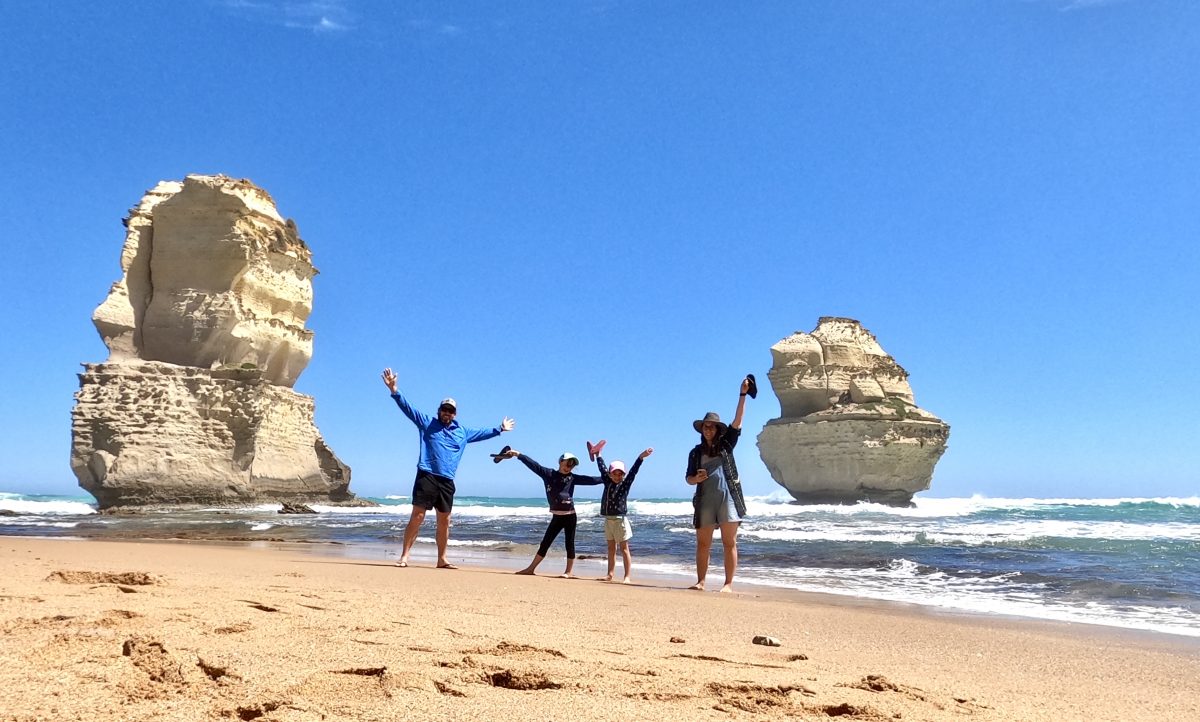 Avoiding the flies and tourists.

This time last year we drove from the Gold Coast to Port Fairy, VIC and back in ten days and it was madness, but a great glimpse of the Great Ocean Road and this majestic area.

This time we knew we wanted to slow it down and base ourselves somewhere so we could enjoy it all without rushing.

The first thing we noticed last year was the flies. Every time we stopped at a tourist spot along the way we were inundated with flies, the horrible kind that doesn’t go away when you swipe at them, the second thing we noticed was the amount of people.

January is not the best time of year to visit anywhere that is a tourist destination if you are not a crowd person, but this time around we were pleasantly surprised.

Apollo Bay and The Great Otway National Park had been a magnificent start to our Great Ocean Road journey this year and we had been told that Timboon was a great spot to stop. The fact that they had a Whiskey Distillery next to an Ice Creamery pretty much sold it; we found a pretty sweet spot to camp and best of it all it was a gold coin donation.

Timboon is a cute little town about 15 minutes from the Twelve Apostles and near Port Campbell, also part of the 12 Apostles Gourmet Trail, a 70km loop which is heaven for foodies with more cafes than they probably need, and a great family pub that has Chicken Parma’s the size of a small basketball!

The Timboon Recreation Reserve has just started a gold coin donation camp on site (at the time of writing this – they did mention it may become a set price in the future) and it has everything you need – dump point, showers, toilets and lots of space. It is also walking or riding distance into town which we loved.

Happy with our shady camping spot we spent a couple of days exploring the Great Ocean Road. We managed to catch the sunset at the Twelve Apostles, climbed down the Gibson Steps, checked out Loch Ard Gorge and everything in between. We can also confirm the tourists and the flies were not as bad as the previous year which was amazing!

The Twelve Apostles are a sight to be seen, limestone stacks that tower over 45 metres high, over 10 million years old slowly eroded by the Southern Ocean and winds. When they were named the Twelve Apostles by Victorian tourism in the 1920’s (originally called the Sow and Piglets by George Bass when he discovered them in 1798.) there was in fact only nine, now only eight they are still magnificent and should be seen from all angles and we were so happy to have the time to climb down the Gibson Steps to see them in all their glory.

We also spent a day at Port Campbell which is just the most gorgeous little seaside town situated in the Port Campbell National Park and a great chance to just sit and slow down. Unlike anything else, the beach is a sheltered cove with huge cliffs on each side and the township is just bustling. We spent the day swimming, making mermaid tails in the sand and eating ice cream, it was bliss.

We really enjoyed this part of the country, such a rich farming community but with the beach and coastline at its doorstep, it was the best of both worlds.

Our top tips for visiting the Great Ocean Road:

Next we are off to The Grampians National Park. As much as we love the coast, with this time of year we are hanging to get into the bush! We have also found a great Free Camp so watch this space.